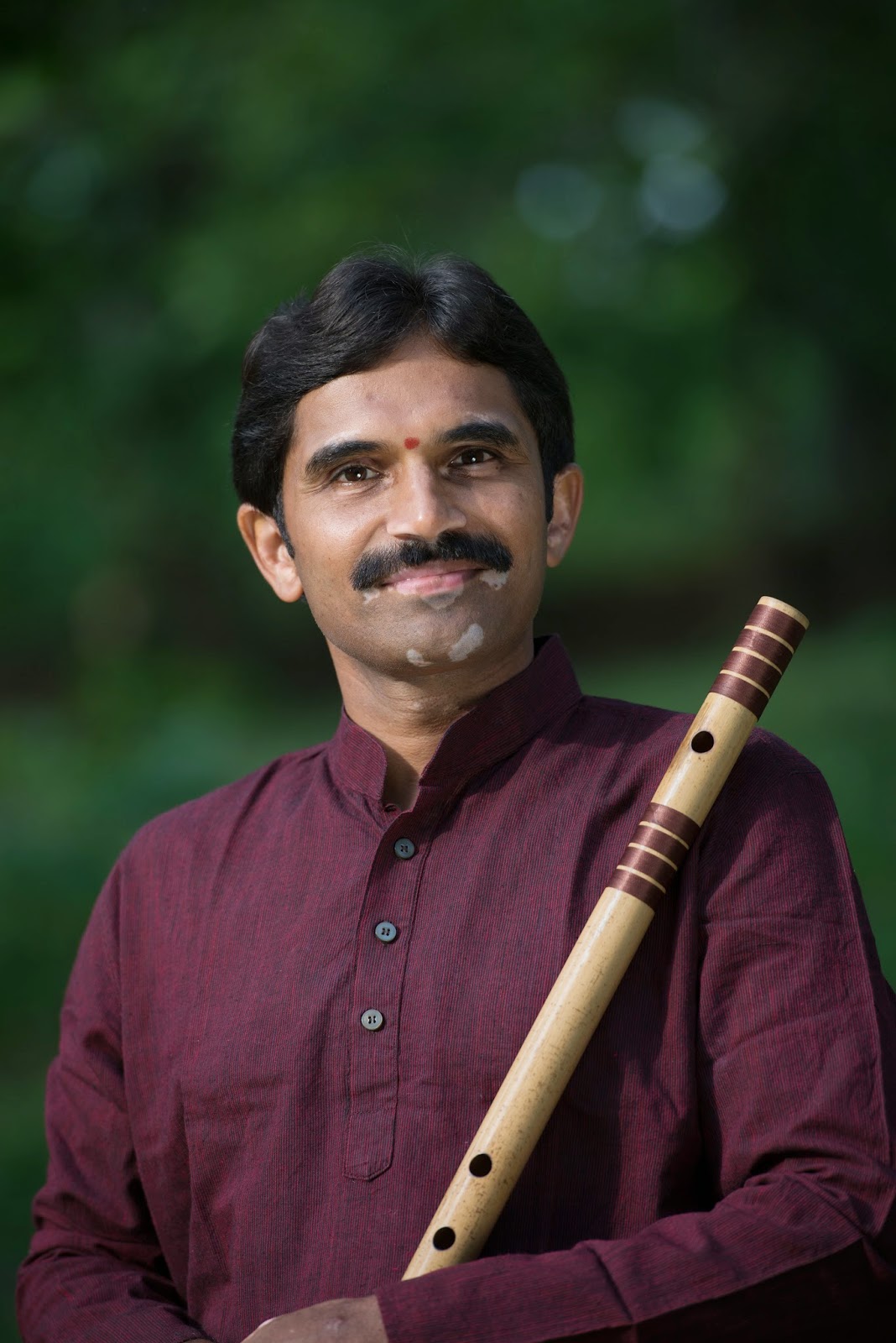 Nagaraj Hegde was born in a music loving family in 1974. During his college days he was attracted to hindusthani classical music, particularly the flute/bansuri. He continued his education along with flute learning. He has M.Sc. (Agri.) in Horticulture with gold medal from University of Agricultural Sciences, Dharwad, to his credit. He had been selected and appointed for the post of agril.field officer by a premiere Indian public sector bank. Nagaraj resigned from the bank within a very short period and afterwards committed himself for music/flute. A brief account of his musical personality is as follows:

Learnt for about 14 years, under the able guidance of late Pt. Venkatesh Godkhindi, one of the   eminent and acclaimed flutists and also a vocalist.

Achievements:
First rank to the state in non-percussion instrumental section in the exam conducted by Karnataka Sangeeta Nritya Academy, for junior category in1995.

Performed in 16th  biennial convention of HAA at Washington  D.C., in July 2015.

Solo concerts in Toronto, Sydney, Melbourne and in many cities of U.S.A.

Performed in 'Hampi Utsav', at Hampi in 2017.
Performed in 'Pt. Kumar Gandharva Smruthi Sangeet Sammelan' at Belagavi in 2018.

Performance specialities:
His playing is mainly based on the gaayaki style of Kirana gharana.

He can play in both gaayaki style and tantrakaari style.

Teaching:
He has been teaching to interested and talented students for more than 20 years.

He has established 'Gokula Bansuri Gurukul' at his native. Gokula, the bansuri gurukul, is for training interested and talented students the art of bansuri playing, in the traditional gurukul style, without any fees.

He is also teaching online, through Skype, to students from  different countries like USA, Canada and Australia.

Has been conducting workshops for imparting training to interested students.