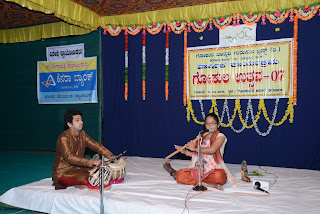 The seventh annual function of Gokula Bansuri Gurkul was held at the premises of Gokula, on 13/02/2016, as ‘Gokula Utsav-07’. On this occasion a music programme was held. Among the students, Kum. D. Bhargavi played raag Madhuvanthi on flute and won the appreciation from the audience. Shri Vinayak from Sagara accompanied her on tabla. 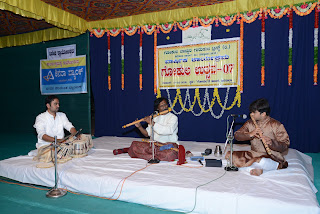 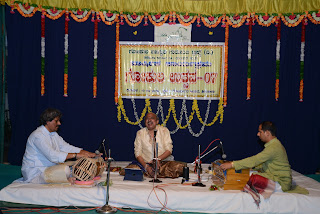 The final programme of the ‘Utsav’ was a vocal concert by Pt. Parameshwar Hegde, Bangalore, one of the well-known hindusthani vocalists of India. Pt. Parameshwar Hegde sang for about two hours presenting raag Bhoopali, Hemanth, Shahana Kanada and then ended the concert with a composition in Bhairavi. His concert made the audience to experience the melodious music in its pure form. He had the able accompaniment on tabla by Prof. Gopalkrishna Hegde, Kalbhag and on harmonium by Shri Guruprasad Hegde, Dharwad.